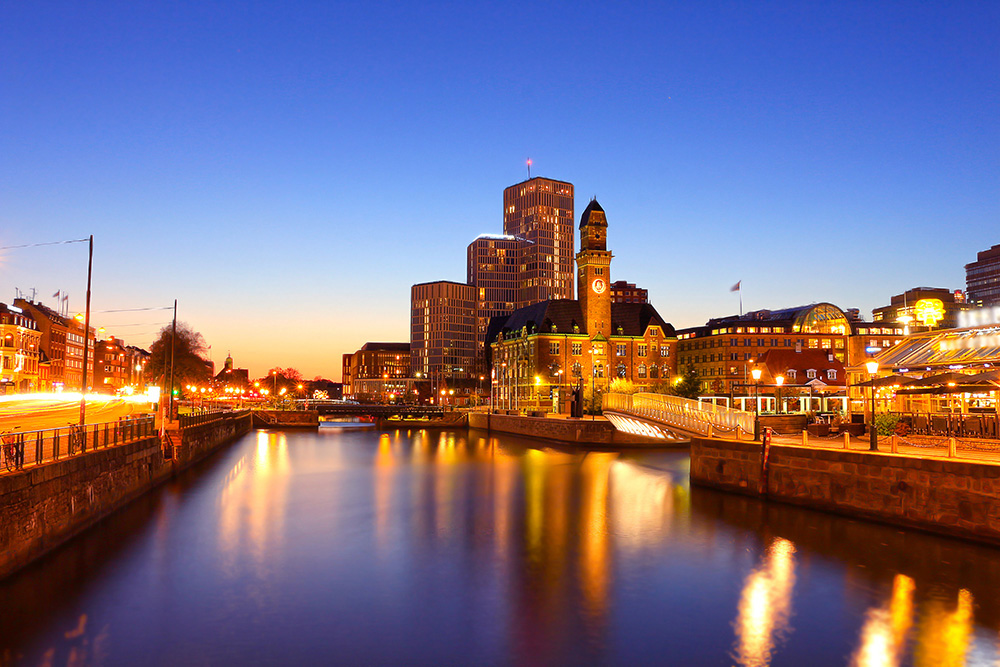 Malmo’s most recent architectural icon was built in 2005 with the opening of the Turning Torso, the largest skyscraper in Scandinavia standing at 54 floor high. Other icons include more historic sites such as the Kommendanthuset, a former armoury built in 1786 in classicist style. One of the city’s most prominent displays can be found at the Market Square, a colourful area that surrounds the former working class district and clearly showcases Malmo’s multicultural charm.