The seat of the bishop of the diocese of Gothenburg in the Church of Sweden, this cathedral was originally inaugurated in 1633. Due to a fire in 1721, a second cathedral was built , which also burned down in 1802. The third and most recent cathedral was erected in 1825. It is often referred to as the Swedish Church, an effort to differentiate it from Gothenburg’s German Church nearby. 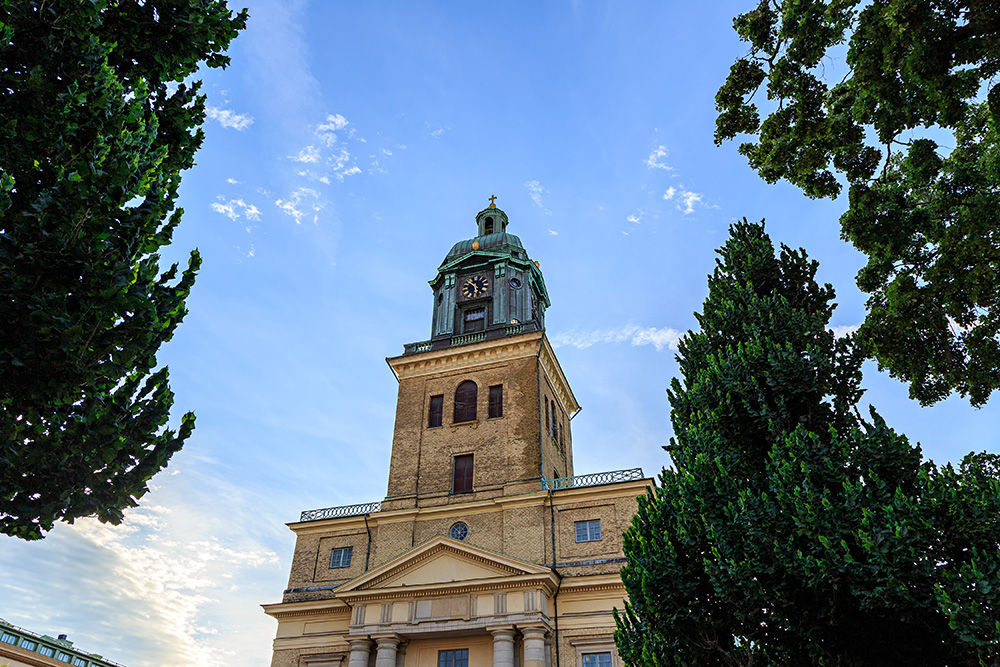 Referred to as the “German Church, it was consecrated in 1648 and named after Queen Christina. The tower which was designed in 1780 rises over the building and has become an important symbol of the Great German Assembly. Although the church was burnt on several occasions, it has managed to keep the original Dutch tile walls from the 1630s. The most recent renovation was completed in 2001 which saw the facades covered with a yellow plaster.